July 21, 2017
Once upon a time, there was a team of palaeontologists that lived in the land of Morden, Manitoba. Their collection of fossils was the fairest in all the land, but because few people knew about these fossils, the magic contained within the collection could not be shared with the world.

A rare part of the collection was shark fossils. The rareness of these fossils gave them a special type of magic. These fossils contained a lot of mystery as to where they came from and the powers that they possessed.

One day, the palaeontologists decided they no longer wanted to keep these fossils a secret; they wanted to see the power of these fossils in the entire world! So they constructed a plan. They were going to have a whole week dedicated to these fossils and the magic that they possess. Tons of research went into learning about these fossils and how they have changed over the years. They looked at teeth, backbones, and any other shark fossils they could get their hands on. Slowly the magic began to reveal itself. The majestic nature that comes with sharks is something that can't be explained, rather it is experienced. Modern day sharks model much of this majesty and can be seen by many people throughout the world. Although the palaeontologists looked at these sharks too, the real inspiration was found in the ancient sharks that are no longer alive today.

An exhibit was created, facts were research, and now the CFDC presents SHARK WEEK 2017! 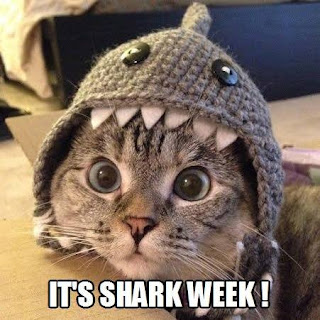 Come on down to the CFDC July 23-30 to see the shark week display and learn about modern and ancient sharks. This exhibit is limited so don't wait around! Dino Day campers during this week will also have a unique experience through shark themed activities and seeing the displays. Sign up now! 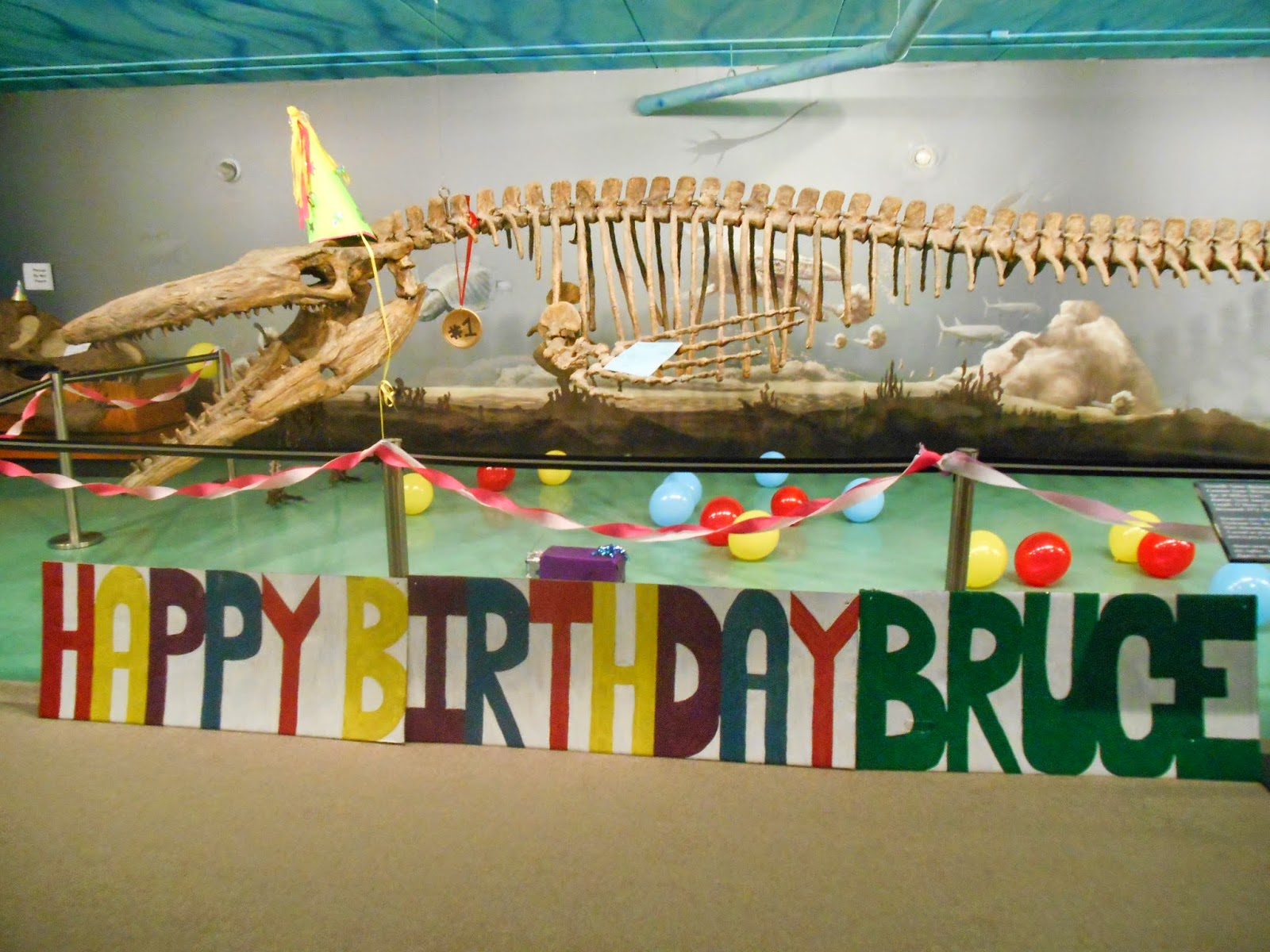 Our big Bruce is officially 80 000 040 years old! Guests from all over the world came to visit Bruce on Saturday, July 26th for his special day, and the staff at the Canadian Fossil Discovery Centre couldn't have been happier with the turnout! The day kicked off at 10, with multiple families coming in to check out the activities early. Outside we had chalk drawings, face painting and a water balloon toss for the kids. Inside the museum, there was lots of opportunities to make some crafts, and play some fun games! At 12, everyone gathered in Bruce's room to sing "Happy Birthday" and cut the cake. We also awarded Bruce his medal for being the largest mosasaur on display in the world! After singing to Bruce and putting on his party hat, guests were served cake, and sent to a refreshments room to enjoy some chips and pop donated by Giant Tiger. Kids were able to enjoy multiple games that CFDC staff had set up for the day. These games included; Pin the Tail o